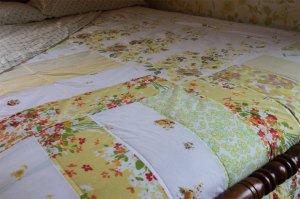 My life has been tied up lately with ridiculous “first world” problems–the kind that aren’t a huge deal to begin with but which suck  up my time as if my very survival depended on them. You know, like when your garage door opener stops working and you think it might be the motor…but then it also might be the outlet..so you have to call the electrician but it takes a few days for them to come…and it turns out to be a loose wire but your garage door opener still doesn’t work…so you call that guy and he thinks it’s a problem with the outlet…and you have to plug in your radio and play music to prove it’s not…and the problem turns out to be one that fails to fit into the typical repair scenarios (maybe lightening?)…so the garage door guy half-secretly thinks you’re a fruit bat weirdo who messes with your own garage door…etc., etc…and he finally fixes it, but then somehow a lot of your wild and precious life has passed by while you were preoccupied with the garage door. You know that scenario? It doesn’t always involve the garage door, but it feels like it visits my house regularly. Oy.

I did manage to finally finish the coverlet for Dorothy’s bed, however, at some point between bothering the electrician and secretly sabotaging my own garage door just to mess with people. I bought several bags full of old floral sheets in yellow tones almost exactly two years ago with Dorothy’s bedroom in mind. I bought them before we even knew we would buy this house, only a few months into the house-selling odyssey that did finally lead us in a roundabout way back to the very same yellow-wallpapered bedroom. I cut and pieced the top of the coverlet last March and really should have finished the thing shortly thereafter, but when I was machine-stitching the face to the backing the tension on my sewing machine went all wonky and wrinkled up the back side of an entire, long seam. The prospect of ripping a seam out of the face, batting, and backing that extended the entire length of the quilt threw my frustration-meter into overdrive and I dumped the project into a bag in the basement and left it there for a year, at which point I begged my mother to rip out the seam for me, and she did. (Thanks, Mom.) After that it took me another couple of months of procrastination and exactly one afternoon of hands-on sewing to finish sewing the thing together and add the binding.

The quilt really does look sweet in Dorothy’s room. She continues to be fond of the vintage wallpaper, and there is something about the hodge-podge of patterns and colors in the sheets that looks very good with it, as if more outdated yellow flowers really is more.

I snapped the photos of the coverlet right after I put it on the bed, but then I had to sneak back in the next day to take this one to show how it really looks with her heap of stuffed animals, messy desk, and perky little matching milk glass lamp. It’s cozy and sweet, it’s feminine, it’s a mess–it fits my daughter pretty well.